Replying to a question from the Kashmiri audience, Syed Ashraf Kachuchhovi said that education in the state of Jammu and Kashmir needs to be strengthened on its historical Rishi-Sufi and syncretic lines. Educationally, the youth need to be provided with an excellent platform in and every subject. The state administration should set aside half of the state budget for education here.
These views were expressed by Maulana Syed Muhammad Ashraf Kachuchhovi, Chairman of the World Sufi Forum and National President, All India Ulama & Mashaikh Board, in his address at the end of his visit to Jammu and Kashmir. “Patience is required to run any organization or movement,” he further said.
Syed Ashraf Kachuchhovi stated that in every era, and in every class and religion, there are people who give the essential and universal message of love, brotherhood, peace and inclusiveness to the world. These people are called ‘Sufis’ regardless of their creed and culture. They are simply the ‘divine lovers’. They have the solution to all problems but they work in esoteric and intrinsic ways which are not comprehensible to many, especially to those inclined towards materialistic gains. 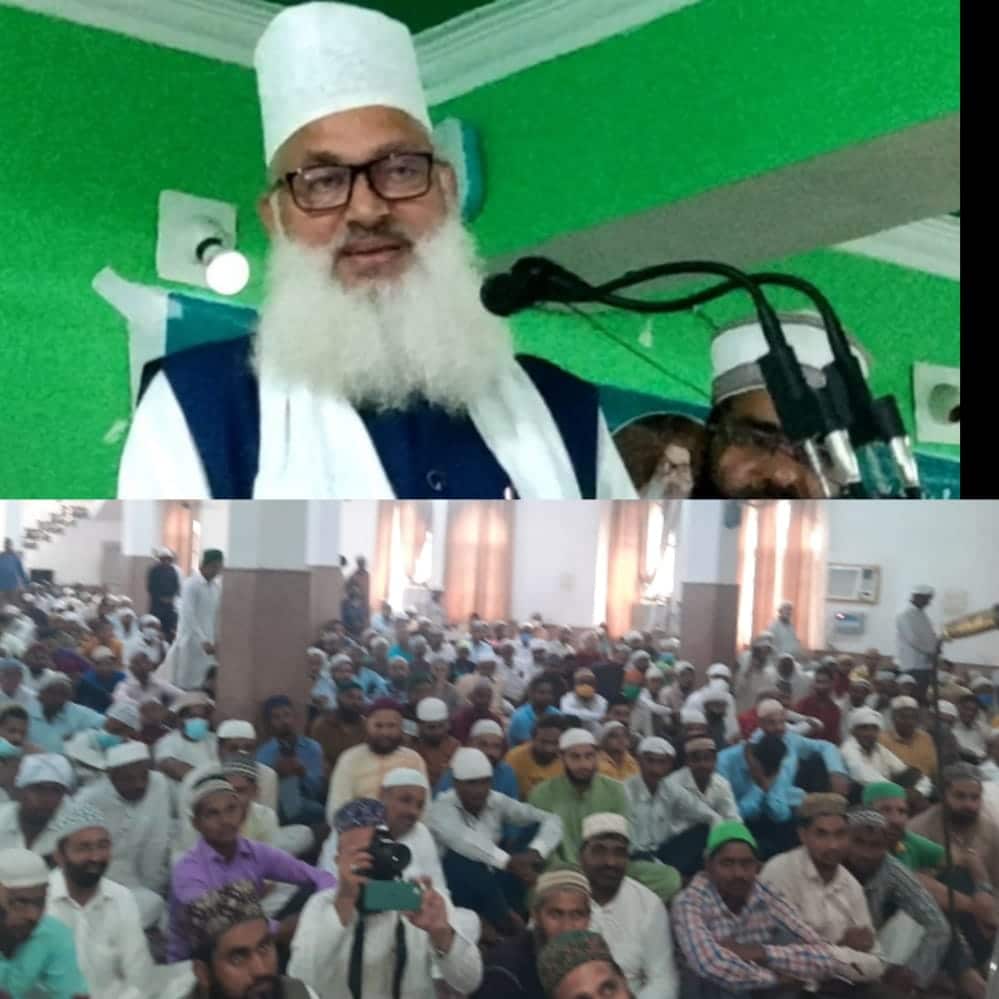 Today, the world is plagued by both extremism and materialism and is looking for people who can lead the world on the path to peace and prosperity. Of course, this is the role and responsibility of the Sufis for which the world is looking up to them. But those who are striving for the promotion of Sufism to gain material benefits are fated to fail.
He also said that Sufism is emerging as a movement of peace and brotherhood to eradicate extremism and terrorism in the world, because the spiritual intellect behind the world myctism and mystic wisdom, is brotherhood and fraternity which is a universal message. It is not a particular religion or creed’s legacy, it is rather a common and shared value that is the long-cherished dream of all peace-loving people all over the world.

There is a message of love in Islam, like any other religion, for the people who are in constant quest for paece; love for all, hatred for none. This ‘loving-kindness’ is the message of a true Sufi who gives us hope in place of despair, commongood in place of communitarianism or communalism, to every person belonging to this historic Nation. That’s precisely why everyone has been drawn towards Sufism in our country. A large number of people continued to benefit from it, he said. Seeing a large number of people gathering around Sufi saints in the previous times, many rulers became rivals and even sworn enemies of these people. They also tried to harm them, but the common masses’ love and devotion to Sufi saints never diminished. A group of Sufis, consisting of even a handful of people, have always adopted the path of love to reach out to humanity at large, in every period of time, and even today.
Tags
Jammu and Kashmir Kashmiri Universities Sufi Chairs Sufi Chairs in Kashmiri Universities Sufi Studies Chairs Word For Peace