Pirzadi Nurun-Nisa popularly known as Noor Inayat Khan and Nora was the daughter of the great Indian Sufi Mystic Hazrat Inayat Khan and thus she is called the ‘Sufi Princess’.

Noor was actually a World War-II Spy who became the first Indian-origin woman to be honored with the memorial plaque, which is given to famous and notable figures of history in London. The plaque has been awarded to her for her service in the “Special Operations Executive” during world war-II. She was also the first female radio operator to be sent into Nazi-occupied France, and is also remembered as India’s first Muslim woman fighter in World War-II.

Her father, Hazrat Inayat Khan—a Hindustani vocal musician and a teacher of Sufism—came from a family of Indian Muslims; there were hereditary nobles and classical musicians on both sides of his parentage. His great-great-grandfather was the ruler of Mysore, Tipu Sultan who laid down his life battling against the British rule in India in 1799.

A daughter of an Indian Sufi mystic and an American mother, Noor was also a writer, a poetess, a musician and ultimately a heroine. She served as a secret British agent with an intent to help India achieve its freedom. In Europe, she fought against the Nazi fascism with a determination to come back to India to fight for the Indian Independence. 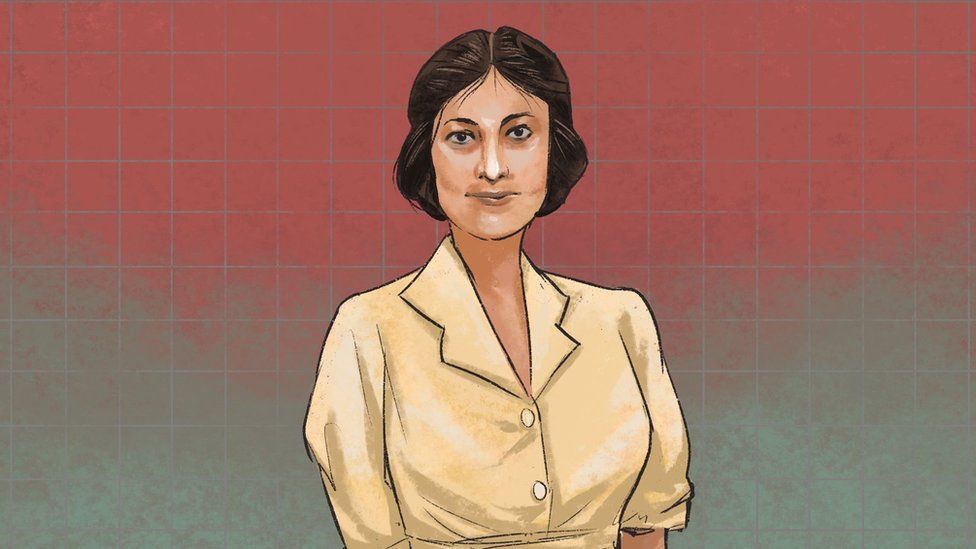 Noor was born on 1st January, 1914 in Moscow to the Indian mystic Hazrat Inayat Khan (Tipu Sultan’s descendant, and a Sufi practitioner, Vedantic philosopher and Hindustani Classical musician), and Ora Ray Baker, an American. Her family moved to England shortly after World War I broke out the same year.

Noor’s deep spirituality, vision of unity and integrity continue to inspire the new generation. Her astonishing story reveals courage, strength and compassion, and serves as a source of inspiration for anyone standing for the nation and working for freedom and justice today. 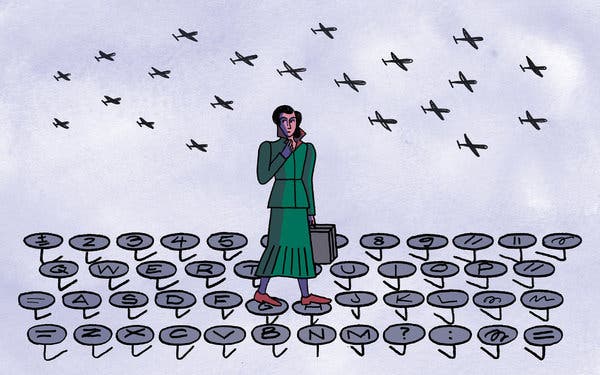 A descendant of the legendary ruler of Mysore, a historical kingdom in South India, Noor Inayat Khan’s early life was spent in Paris, where she was celebrating the publication of her first book when war broke out. Due to the increased British surveillance against him for his pro-India stand and opinions, Hazrat Inayat Khan relocated his family to Paris in 1920, where Noor resided with her three younger siblings until she was 26 years old. [Noor, right, with her brother Vilayat and father Inayat Khan]

Growing up, Noor was a very thoughtful child. She was quite fond of music since her childhood and has produced several music compositions, poems, and children’s stories.

To Noor, the ideology of the Nazis and their pogrom against the Jews was fundamentally repulsive and opposed to all the principles of religious harmony that she had been brought up with by her father.

Inspired by her father, Hazrat Inayat Khan who was a firm believer in non-violence and the unity of all religions, Noor internalised the beautiful concepts of religious harmony, peace and pluralism while growing up. Her father died in 1927 during a trip to India, leaving 13-year-old Noor, the oldest child, to help her mother raise her siblings. After her father’s death, Noor took charge as the head of the family to take care of her mother and three siblings.

After France was occupied by the Nazis in 1940, Noor’s family fled to England. Coming from a cosmopolitan family, she and her brother, Vilayat Khan decided to partially volunteer in the War upfront in the hopes that the bravery of few Indian fighters might help improve the Britain-India relations. Despite the pacifist learnings, she never forgot her humanist faith and embarked on a mission to fight fascism. Remarkably, she was a Sufi follower who believed in non-violence and in the oneness of all religions. But she joined the second World War as she felt that it was equally important to fight against fascism. 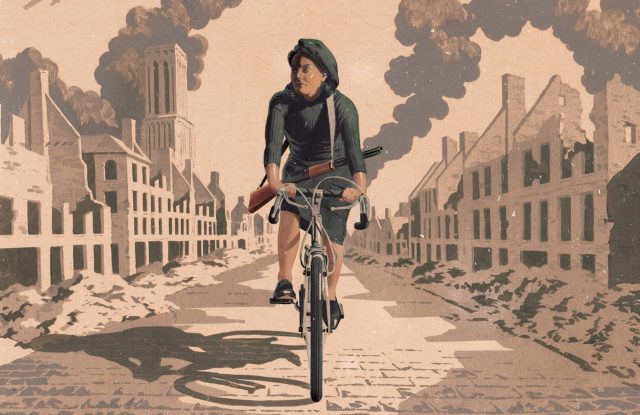 The Special Operations Executive was impressed with her knowledge of French and familiarity with Paris. Thus, she was recruited and trained to become an agent. As the situation in France became more dangerous, the agents were asked to return – but Noor refused to leave.

Noor greatly felt the urge to do something to help the war effort. Noor always stood up for those who were subjugated, no matter what their background was.

She was willing to make any sacrifice for the oppressed. Despite not being British herself, she served their just cause, and had determined to stand for the Indian independence as well after World War II.

Noor hailed from a proud Indian family. Her father, a Universalist Sufi, was a great believer in the centrality of India in World Mysticism and thus was a ‘spiritual nationalist’, and an Indian mystic. Noor longed for the Indian independence as she told her officers at the Royal Air Force (RAF). She felt strongly to fight for India’s freedom after the war she fought against the Nazis. Having supported Britain and France, she averred that after the war, she would return to backing Indian Independence. Her fight was against the occupation of France and against fascism with the belief that if Indians helped them to win the war, it would make Britain grant Indians their independence.

Hazrat Inayat Khan was brought up in Baroda, Gujarat but his family moved to Paris during World War-I and then to London. Noor was born in Russia during her father’s stay in the country to perform Hindustani musical concerts. Noor came to Britain with her family after France fell to Nazi Germany in November 1940. She was enlisted in the Women’s Auxiliary Air Force as Noor Inayat Khan on 19 November 1940 and towards the end of 1941 Noor applied for a commission in Intelligence.

Noor was fluent in French and a brilliant radio operator. She went undercover behind enemy lines and worked there for three months setting up connections and sending information back to London.

In France, Noor posed as a nurse and acquired the pseudonym ‘Jeanne-Marie Reinier’. Within the 10 days of her arrival, all British spies in Noor’s network had been arrested and she was asked to return, but she refused. Radio transmission became the only link between the agents around Paris and London. 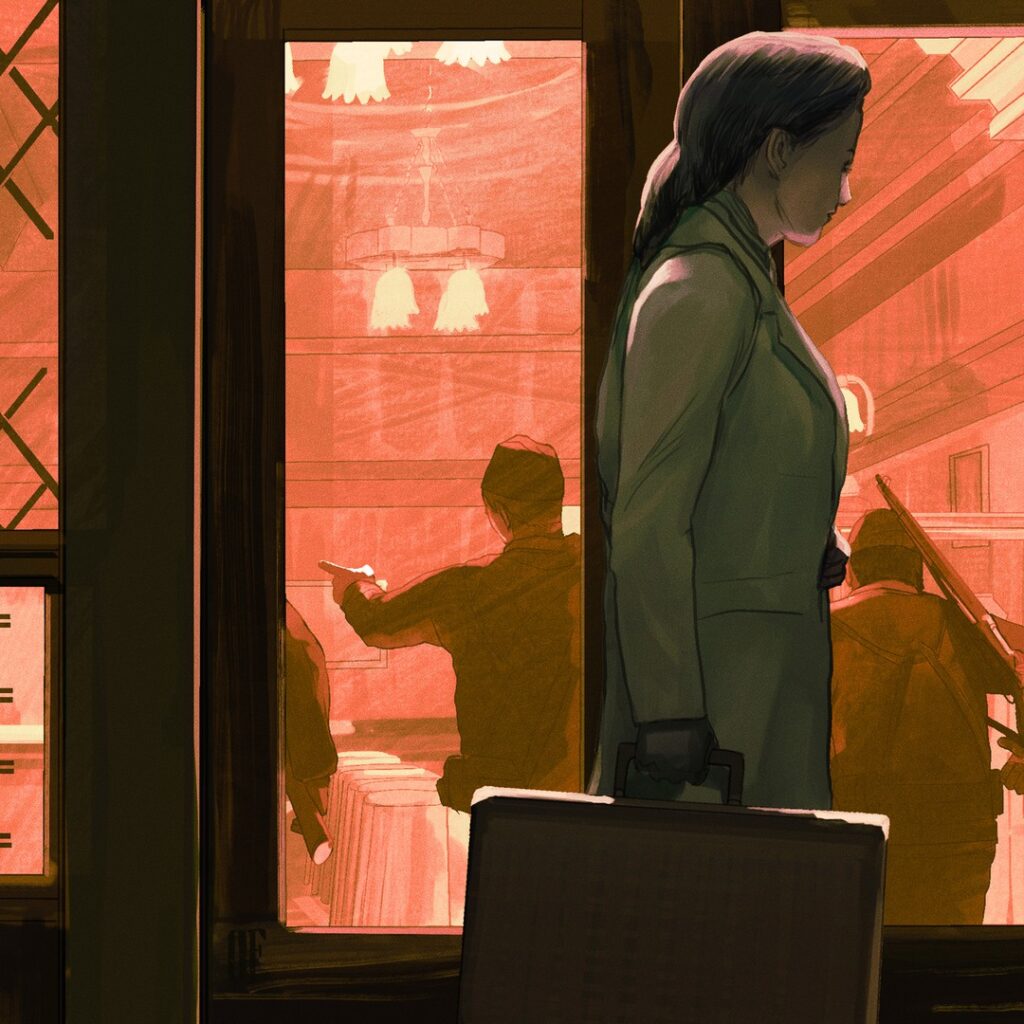 Noor was also a talented musician. She also wrote poems and short stories. After finishing her school, Noor translated into English the “Jataka Tales”—fables about the previous incarnation of Gautama Buddha and other literature native to India. Her book Twenty Jataka Tales was published in 1939.

Noor was also a children’s stories writer and a pacifist thinker. A biopic titled, A Call To Spy, was released on October 2, 2020 which pays tribute to the work of three female British spies during the second World War, including Noor.

Britain awarded her with the Blue Plaque – the first Indian-origin woman to be honoured with the title for her sacrifices as a Special Operations Executive (SOE) in France. Before Noor Inayat Khan, Blue Plaques have been awarded to the world’s veteran women including Rosalind Franklin, the scientist who developed discovered DNA, Ada Lovelace, the pioneer of computing, and Dame Maud McCarthy, who was an Army Matron-in-chief during World War I.

Noor was also awarded the George Cross, the United Kingdom’s highest civilian award, in 1949 and the French Croix de Guerre, a military honour awarded by France in 1946.

In 2014, a stamp was issued in her honor and there are reports that her face may soon appear on British coins.

In October 1943, when she was about to return home, she was captured by the Gestapo – the official secret police of Nazi Germany – in Paris and taken to Germany where she was executed on 13 September 1944 at the age of 30.

Her contribution to the war came to light after an Indian woman author, Shrabani Basu wrote Noor’s biography called, Spy Princess, in 2006. Shrabani also founded a memorial in 2012 in the name of Noor. She wrote that Noor did not have to fight the war, but did so for her core principles of “non-violence, universality of religions, fighting against fascism and occupation”.

Noor was a strong supporter of the Indian freedom movement and was greatly inspired by Father of the Nation, Mahatma Gandhi and his struggle for an end to British colonialism on the subcontinent. She had told her UK army recruiters that once the war ended, she would support India over Britain. 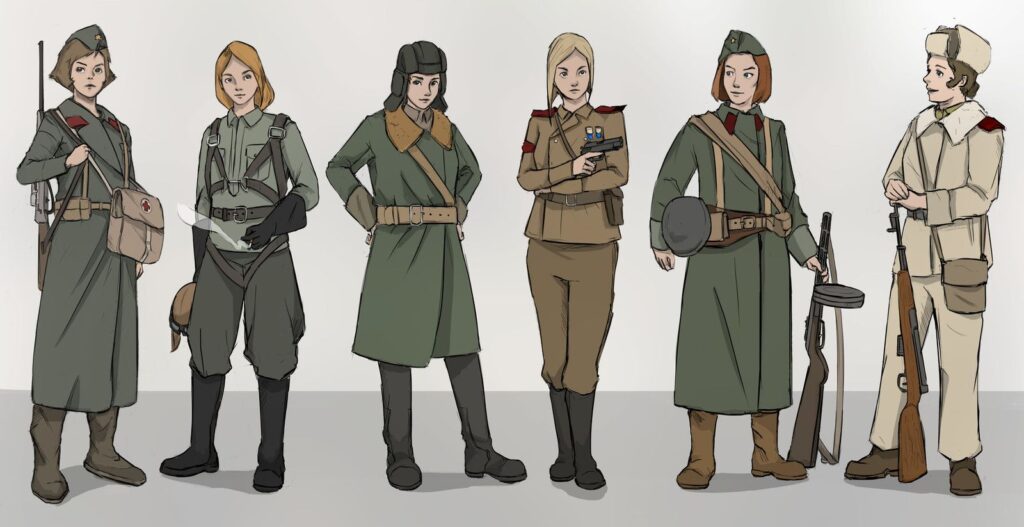 Lessons we draw from her life!

Noor Inayat Khan exhibits some great virtues that may be inculcated among the young generation in India. When young women of India will know about her life, they will feel proud and empowered and will idealize her noble traits. Noor can be aptly portrayed as a role model for young women especially for the Muslim women in India. Her story connects the Indian youth—especially Muslim girls and children—to the virtuous, noble and nationalist woman characters hidden in the annals of Indian history. Thus, they will identify with a modern woman role model well-embedded and anchored in Indian ethos, and thus stemming the tide of foreign influencers.

There is a real need to tell the story of Noor along with other Indian soldiers, role models and heroes. Few people in our country know about the great contribution of Indians in the two World Wars. Our ancestors, too, fought in the war against fascism in World War II.  Thus, there should be a shift from the usual narrative that the wars were fought and won by Britain only. Instead, we should tell the story of how five million soldiers from the Colonies helped Britain and the Allies to win World War II, out of which 2.5 million were from Mother India.

Noor had a long-cherished dream. She wished that some Indians would win high military distinction in the second World War. Although Noor could never visit India, her heart went out to the Indians while the country was occupied by the British rulers. She believed that her courage and bravery would build a bridge between England and India. But Noor was executed way before India was declared independent and her wish to see India free of British colony remained unfulfilled. Noor Inayat Khan serves as an inspiration to all Indian women struggling to work for the betterment of our nation and the society. Noor went ahead of her time by working undercover in extreme environments in a foreign country. She is a voice that should resonate in the upcoming generations in our country.

Makhdum's Message of Wahdat (Oneness) in Times of Disharmony: By Ghulam Rasool Dehlvi