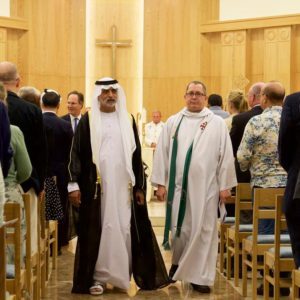 ible teaches us that a religious scholar came to Jesus and asked him what the most important thing was that a believer could do to please God. Jesus’s response was: “Love God and love your neighbour“. It never ceases to amaze me that the most influential religious movements of human history emerged from a small strip of the Middle East. Out of the deserts and wilderness of Arabia, Moses, Jesus and the Prophet Mohammed left legacies that still directly impact the lives of more than 55 per cent of the global population today.

Historically, the teachings of Judaism , Christianity and Islam have been at the heart of some of the greatest and most powerful empires the world has ever seen. Such Abrahamic religions have influenced the creation of not only countless synagogues, churches and mosques, but also numerous schools, universities, hospitals, NGOs and political institutions that shape national agendas.

The irony is that, given the common beliefs of each faith group – that there is one God who created the heavens and the earth, that all humans are made in the image of God, and that God expresses his message in history through prophets and scriptures – we often fall into destructive bouts of bigotry. Religion subsequently suffers from a poor reputation and at the root of it is the custom of “othering”. It is a mentality misinformed by a religion that generates the concept of “ us’ ‘and “them”. In the name of Christ, christians falsely persecute and kill because their philosophy somehow diminishes and dehumanises the other.

Today the phenomenon of “othering” is a major global theme. It is this mentality that lies behind political movements in the world today. “Othering” is reflected in the philosophy of ISIS, the desire to create walls and in bitterly divided cultures found on every continent. And I have faith.

It was Hans Kung, the Swiss Catholic theologian, who noted that there can never be harmony between the nations until there is harmony between the religions. Therein lies our hope and our struggle as religious groups. It is the hope that our values hold the secret to maintaining harmony in our world – that in the teachings of our religion lies the antidote to bigotry.

I have lived in the UAE for a number of years and, through studying Islam, discovered that Jesus was important to Muslims as the prophet Isa. I often saw Emirati culture mirrored in the world of the Bible. This led me to write Jesus of Arabia, a journey that would help me discover a Jesus who challenged “othering” in a Middle Eastern sense.

I want Christians to recognize that Jesus embraced a way of life and a culture of hospitality that resonated profoundly with Arab Muslims – because his culture was their culture. However, the teachings of Jesus were profoundly controversial because he was questioning his own Middle Eastern roots. For example, the Bible tells us that a religious scholar came to Jesus and asked him what the most important thing was that a believer might do to please God. Jesus ‘s answer was: “Love God and love your neighbor.” Not satisfied with this, the scholar requested a description of the term neighbour. In reaction, Jesus told the tale of the Good Samaritan, who stopped to help a man who had been badly beaten by robbers and left for dead. The Samaritan, a stranger and of a different religion to the victim, was the embodiment of the other. Yet he was still the good neighbour while those of the same religion had walked on by without waiting.

The Jesus of Arabia I learned in my research for the book taught us that what pleases God most is worship culminating in compassion and devotion that transcends cultural, religious and national boundaries. The worship of God should inspire us to reach out to the other by building bridges, not walls, by providing for refugees and by caring for the marginalised and the poor. This would be the true fruit of faith Jesus of Arabia modelled this over and over again. He gave dignity to broken and “fallen” women, who were the most vulnerable members of society. He approached people who held infectious diseases; he saw individuals in the crowd and gave them attention; he addressed institutions which were devoid of affection.

Further, Jesus talked to people rather than at people. He asked questions, engaged in conversation and taught with stories. He fully entered into the experience of the people around him, an approach which Christian theologians describe as “incarnational’”. He immersed himself in the language and culture of his country and only then did he begin his ministry.

I find similar values in Islam, as Sheikh Nahyan bin Mubarak, the UAE’s Minister of Tolerance, reminds us. There is a divine imperative to know one another and, in the course of doing so, find mutual understanding and appreciation or, in other words, openness and acceptance. Emiratis have extended hospitality to millions of people in their country. We also given land to political “others”. We also helped create churches and temples, permitted freedom of worship and encouraged people of other religions to engage in dialogue that seeks to foster coexistence and respect. Tolerance instead, is the attribute by which the UAE is changing the discourse from “us’” and “them”, to “we”. The visit of the Pope to the UAE next year is a massive step. It signifies a declaration to the world that tolerance and understanding are what define the UAE as a country.

This Christmas, when thousands of Christians gather in the UAE to commemorate the birth of Jesus, we remember that this baby was supposed to lead a life in which he challenged the custom of “othering”. Jesus regularly confronted members of his own faith and his own followers for being legalistic and judgemental about others. Christians believe his life and death is a clarion call to those who obey him that they too must tackle bigotry.

As people of all faiths in the UAE look forward to the Year of Tolerance, I pray that Jesus of Arabia will be a source of inspiration and hope to others as we share the UAE ‘s commitment to building a culture of reverence and peace.

The Reverend Canon Andrew Thompson is the chaplain of St. Andrew’s Anglican Church in Abu Dhabi and the author of ‘Jesus of Arabia’, which is available in English and Arabic. 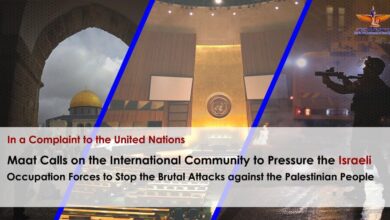