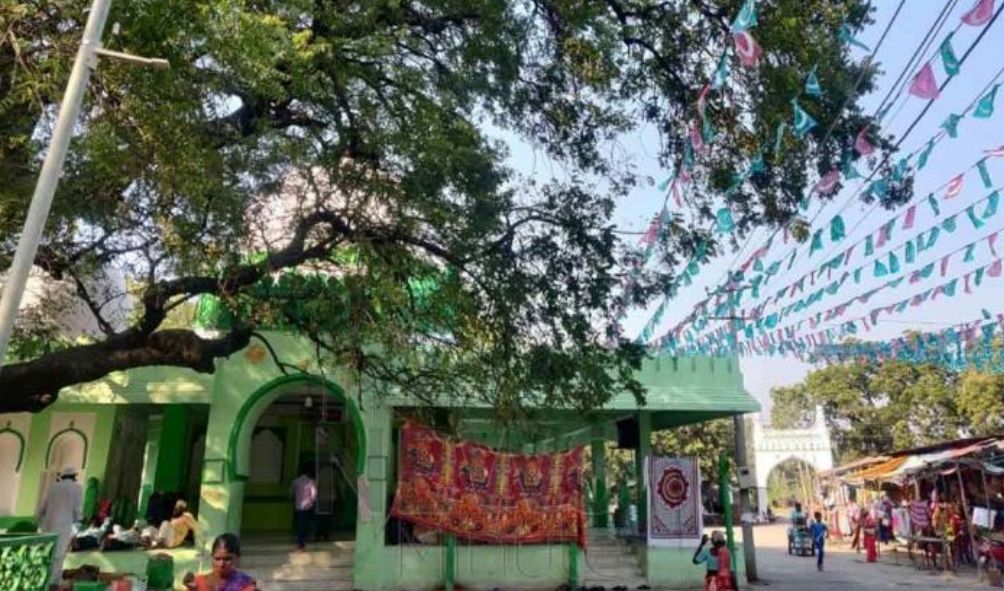 Disregarding religion and caste, village and colony gets to dance, Oh oh jambiya ollampalli jambiya. These reverberating lines come from the recently released Telugu film Mallesham. The song honours Telangana’s long-standing Muharram gathering, known as Peerla Panduga, which includes both Muslims and Hindus. Under the influence of Sufi culture, a sect of Islam, the event began in the 7th century in the erstwhile Deccan region. According to experts, Islam was ‘Indianised’ when it came in India and diversified with local cultures and religious practises over time owing to intermingling. 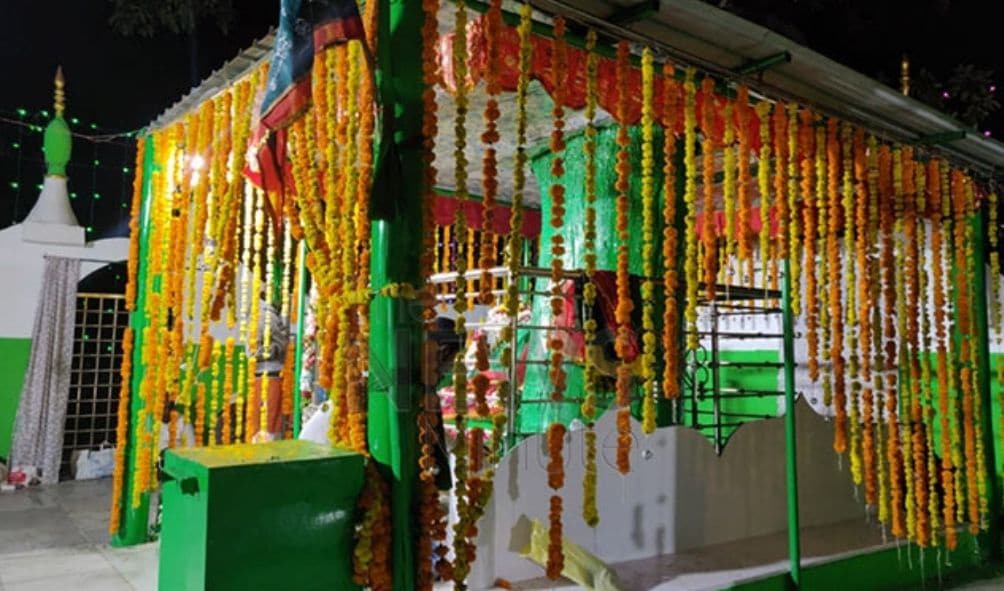 There are hundreds of dargahs throughout Telangana that have welcomed people of all faiths and castes for years. Sufism developed at these locations because Sufi saints stayed and taught the people.

“The Sufi culture in Telangana or the old Deccan region prospered due of its inclusive nature, says Mohammed Anwar, a Telugu poet and independent scholar. It calls for brotherhood and affection, as well as equal treatment for all people, regardless of caste or creed. It was welcomed or practised by lower castes, primarily Dalits, alongside their own religious and cultural practices.”

Sufi tombs and shrines have remained centres for knowledge exchange among many groups of people. For ages, the residences of saints who worked for the people have served as a common cultural treasure for people of other faiths. They were historically cultivated by many rulers in various parts of the country, such as in Telangana.

According to Haseeb Jafferi, a Sufi historian and a descendant of Salabat Jung of the Nizam’s dynasty, one has go back to the early 16th century to understand the origins of dargahs.

“There was an advent of Muslim derivations of Sufi ‘faqeers’ or saints, who came and resided in the Deccan region during the Qutb Shahi, Bahamani, and Kakatiyan period. One of the reasons for this is the Deccan plateau’s geographical safety and stability, which allows for a deep state of meditation. Many Sufi saints came to the Deccan plateau from the ranges in Aurangabad to Vijayawada and Mysuru, which is why, after Delhi, the epicentre of Sufi shrines, we find the highest number of Sufi shrines across the Deccan plateau,” Haseeb explains.

“The Brahmanical casteist customs that they suffered from in Hinduism at the time are the reason for many individuals in rural areas embracing Sufism and dargah culture. The harsh Sharia laws were the issue for Muslims. Dargahs served as welcoming and non-judgmental community spaces,“ he adds.

Sufi tombs or shrines, according to observers, arose when a saint died, while dargahs are sometimes simply extensions of neem, banyan, or sacred fig trees. Devotees of all religions and genders still hold these places in high respect. 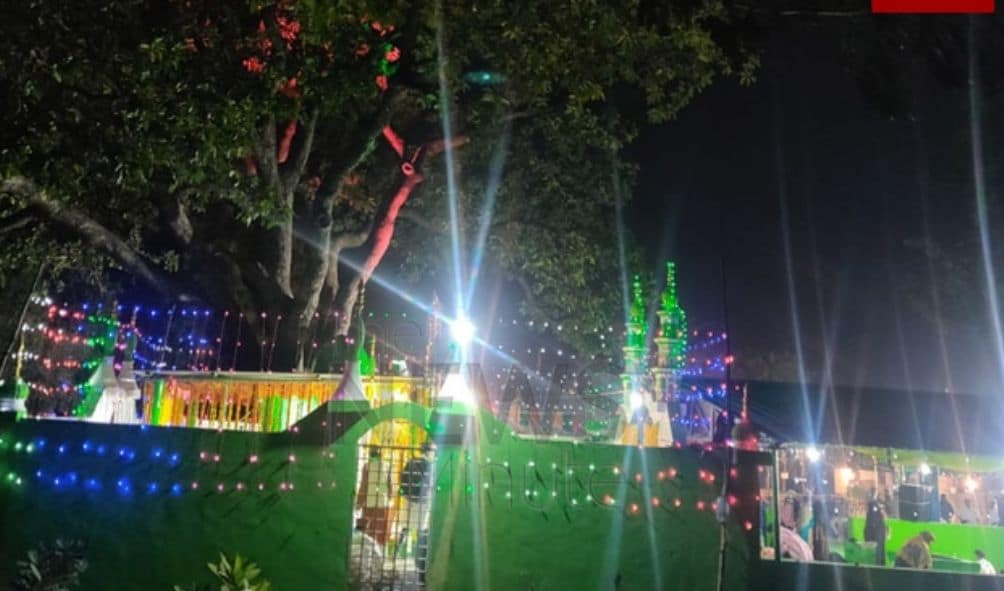 “Sufism has never in its history forced any conversions, it stayed neutral, Haseeb answers when asked about Sufi influence in rural areas. In fact, most Sufi teachings show the impact of the Bhakti movement at the time. Sufism was also mixed up with the folk cultures of the area.”

Dargahs were not all created in honour of saints from Middle Eastern nations such as Iran, Iraq, Saudi Arabia, or Yemen. Many were also built for local saints who practised or preached Sufism or Sufi ideals.

“At a period when Dalits were heavily oppressed by the caste system, the open arms of Sufism, which normalised equality and offered Namaz or prayers and a liberal idea of god, gave sanctuary to them, says Sky Baba, author of Vegetarians Only and a native of Suryapet, Telangana. If it had been forced conversion, as some right-wing historians suggest, it would not have been possible.”

“The Sufi tradition in India is substantially different from that in the Middle East or Arab countries,” Sky Baba says.

Flowers, coconuts, and goat or sheep sacrifices, known as Kanduru in Telangana, are said to be unique to the Sufi Dargah tradition, according to observers and historians.

Different dargah saints have different origin myths and stories about how they grew in popularity through time. Take, for example, the Syed Shah Afzal Baibani Dargah in Warangal, which is named after the 17th-century Sufi saint Afzal Baibani, who was born into a wealthy feudal family. Baibani gave up his advantages and moved into a hut to live a modest life, preaching simplicity, social equality, and service to all without distinction. Nizam’s army soldiers were also supposed to be his disciples. He was named the Imam of Warangal, according to historians. His dargah is still one of Telangana’s most prominent Sufi shrines.

Another dargah, located in Nizamabad district at the top of a hill known as ‘Bada Pahaad,’ is surrounded by dense forests and has a different tale to write. People along the stretch of Bada Pahaad relate folk traditions that back up their devotion and belief in the Sufi saint Hazarat Syed Sadullah Hussaini, in whose name the dargah was built. 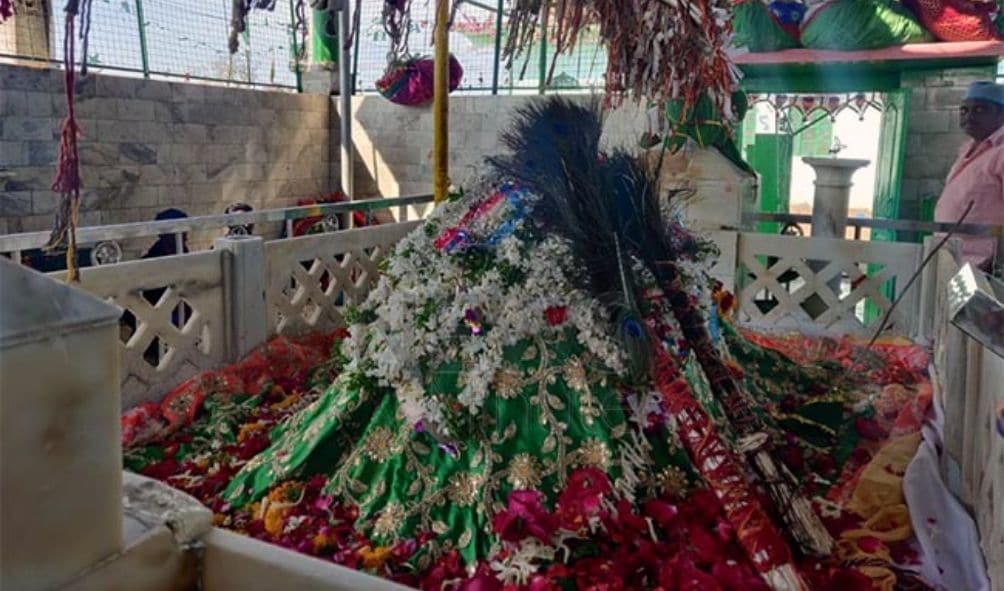 The tradition holds that Sadullah was a revenue official in the Nizam’s administration and spent the state’s resources for the benefit of the poor when they were hit by a severe drought, since he was influenced by Sufi ideas. Chased by the authorities, Sadullah took shelter in Jalalpur, a nearby village, along with four allies. A Hindu shepherdess, Golla Sayavva, helped them by providing food and water. Sadullah’s kindness and sympathy for the needy gradually drew her in and she became his disciple.

The search for Sadullah became more intense as the days passed. He made the decision to meditate in the hills’ forest. Despite his concerns, Sayavva decided to join the other four disciples as a disciple. Graves were built on the hill where Sadullah and his disciples were reported to have died. A grave for Sayavva can also be found in this dargah.

The dargah, which stands at a height of over 1,200 feet, has been a centre of communal unity for years, drawing thousands of devotees from Telangana’s many districts as well as neighbouring Karnataka and Maharashtra. “Guru doesn’t perceive anything beyond the individual, one of the dargah’s patrons, Mahammed Alimuddin, told TNM. He delivers the message of love to everyone, whether they are rich or impoverished. People go to his dargah because of his love.”

The Bijgir Sharif Dargah, aka Hadrat Inkeshaf Ali Baba Bijgir Sharif, is worshipped by Muslims and Hindus alike in Karimnagar district’s Jammikunta. The dargah was named after the Sufi saint Inkeshahwali Rahamatullah Ali, who is thought to have originated in the Middle East. At the dargah, you may view the tombs of his relatives who followed in his steps. The dargah holds a three-day Urs celebration every year, during which Sufi Qawwalis and teachings are performed at night. On Fridays and Sundays, there are more Hindu worshipers in the area. 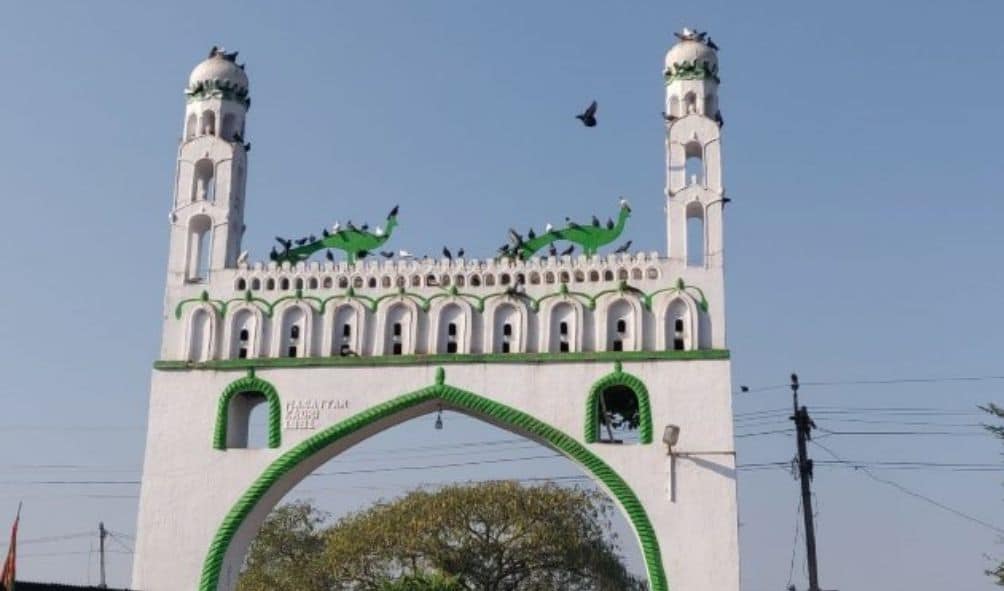 Both the Bijgir Sharif and the Bada Pahaad dargahs have Hindu temples nearby where devotees perform pujas and rituals.

According to Mohammed Iqbal, President of the Bijgir Sharif Dargah Committee, there is no recorded history of the entrance of Sufi saints, but the dargah’s history is based on oral history.

The Sufi saint Inkeshahwali is said to have stopped in Bijgir because of the water bodies and scenic aspect of the surroundings and opted to impart the Sufi message. People regarded the place as divine for a long time, even after the saint’s funeral.

“Inkeshahwali, who came from Saudi Arabia, settled here and gave his message,” says Abdul Kareem, the committee’s Vice President. It was converted into a dargah after his death to honour his memory.”

“The dargah is a hub of communal harmony, says MA Hussain, a senior journalist from Jammikunta. On some occasions, there are more Hindu devotees than Muslim devotees. They also pay their respects to the goddess at a nearby Hindu temple.”

The soul of Telangana and Deccan

Goreti Venkanna, a well-known folk lyricist and singer, has written a number of songs about the Sufi Dargah culture and its significance in Telangana’s rural life. Sufism flourished in Telangana under the Qutub Shahis and Asaf Jahis (Nizams), according to Venkanna, who hails from Gowraram village in Nagarkurnool district. He also claims that various Telugu thinkers and poets highlighted Sufis teachings. According to Venkanna, Sufi culture in Telangana is a mix of local folk customs and aspects of the Hindu religion’s Vaishnavite and Shaivite sects. 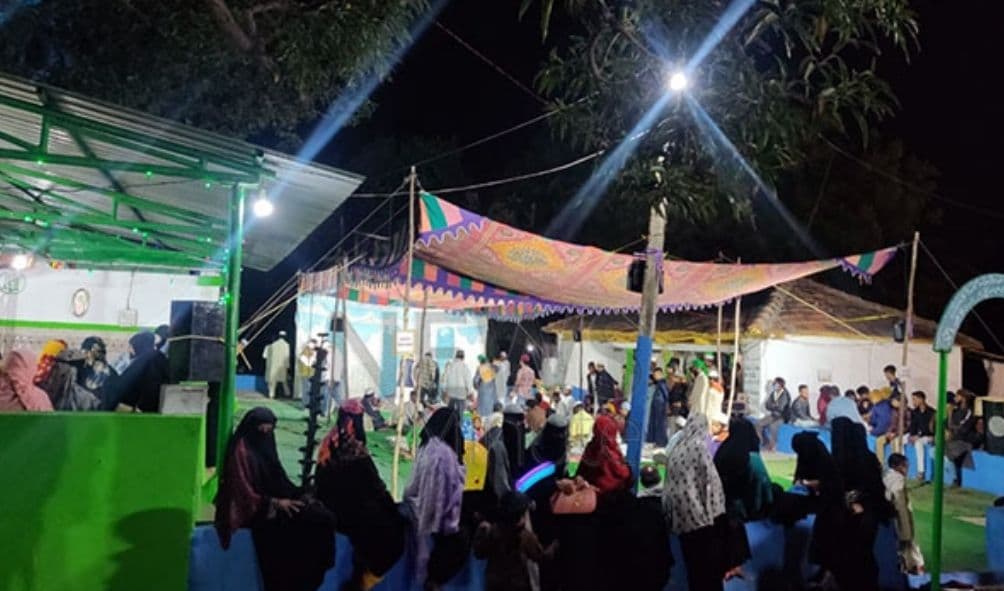 “The Vaishnavite thilakam influences the three prongs of the Muharram peers. Vaishanava culture also has a strong effect on the dattis (cloth bracelets) embellished with shankam. The Shaivite saints have the same simplicity as the Sufi saints. Sufi Dargah devotees have different views, worship different gods, and are accepting of many faiths,” Venkanna notes.

Venkanna has explored the intellectual basis of Sufism and folk saints in local histories, spirituality, equality, and nature in six volumes, including Vallanki Talam. “People in the Deccan have viewed ‘god-ness’ in various ways throughout history. Some are now attempting to disrupt that harmony for political purposes, but these efforts will not prevent people from doing what they have been doing for centuries,” Venkanna says.

The Ameenpur Dargah in Rayalaseema’s Kadapa has a unique tradition: visitors are required to dress in saffron-colored clothing, as is customary among Hindu followers.

Venkanna sings about the arrival of the first monsoon rains in the state on his Varadagudu album, first in a Shaivite temple and then at a Sufi Dargah.

A culture under attack

Hindu and Muslim right-wing forces are both opposed to the Sufi Dargah culture. While the former claims that Hindus are being drawn into the fold by a “outside” culture, the later believes that the culture is anti-Islam because it honours saints or messengers other than Allah.

Sky Baba says, “Though initially it appears as if the Hindutva elements are attacking Muslims, they will soon take on Dalits and other lower castes. We must retain the Sufi Dargah tradition to maintain our inclusive and pluralistic culture; else, Telangana will become like other states where religious intolerance is prevalent.” 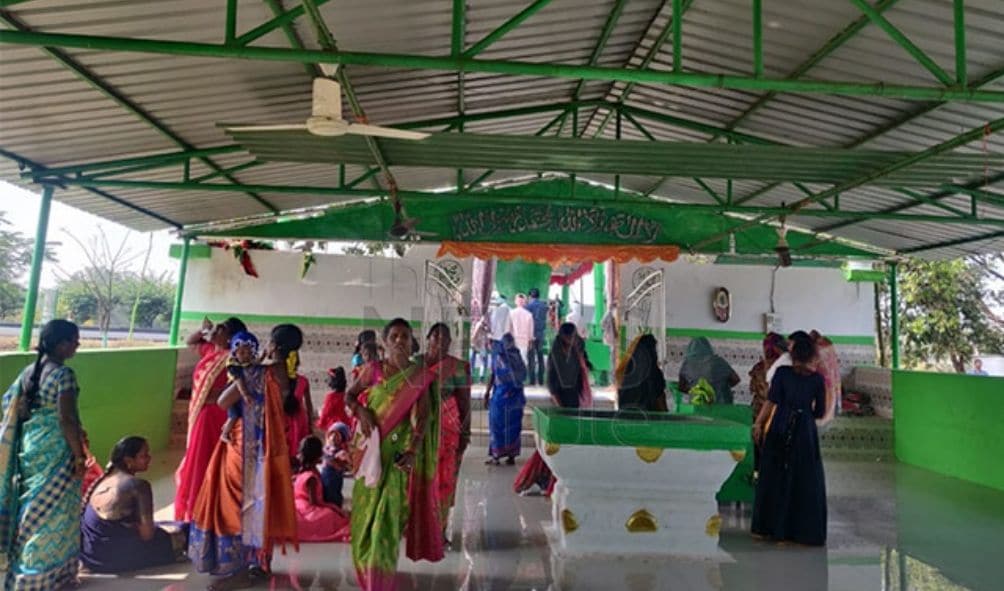 Muharram, also known in Telangana as Peerla Panduga, is one of the state’s most prominent festivities. It recalls the martyrdom of Hussain, Prophet Mohammed’s younger grandson. While large-scale gatherings are held in Hyderabad, followed by a procession carrying the peers, numerous villages around the state hold processions in which Hindus and Muslims recite Sufi and Telugu folk songs. The Dula, a male dance group, performs to the beat of dappu drums and songs during the parade. The devotional acts are similar to some Hindu rites, demonstrating how dargahs have long been the backbone of interfaith peace.

J&K: Development Schemes like the ‘UMEED’ Run Counter to the Misleading Calls of the Kashmir Hartal on July 8, 13