On May 14 , the UN Security Council has added the Islamic State’s Wilayat Khorasan to its list of sanctioned terrorist groups. It states:

“The Security Council Committee pursuant to resolutions 1267 (1999), 1989 (2011) and 2253 (2015) concerning ISIL (Da’esh), Al‑Qaida, and associated individuals, groups, undertakings and entities approved the addition of the entry specified below to its ISIL (Da’esh) and Al-Qaida Sanctions List of individuals and entities subject to the assets freeze, travel ban and arms embargo set out in paragraph 1 of Security Council resolution 2368 (2017), and adopted under Chapter VII of the Charter of the United Nations.

The UN’s description of the group includes few details, other than that the organization was formed on Jan. 10, 2015 by a “former Tehrik-e Taliban Pakistan (TTP)” commander and “former Taliban faction commanders who swore an oath of allegiance” to Abu Bakr al-Baghdadi.

The US State Department designated the Islamic State’s Wilayat Khorasan as a Foreign Terrorist Organization (FTO) in Jan. 2016. It is not clear why it took the UN more than three years to similarly sanction the organization. Baghdadi’s representatives have been fighting in Afghanistan for several years, conducting a string of high-profile terrorist bombings and raids against civilian and government targets.

The UN’s decision to add the Khorasan “province” to its sanctions list comes at a time when the group may be rebranding its operations.

Earlier this month, Abu Bakr al-Baghdadi’s loyalists claimed an attack in Kashmir, saying it was conducted by Wilayat Hind — the first such time the group indicated that one of its “provinces” was located in the area.

In its May 10 claim, the Islamic State said its men clashed with “infidel” Indian army personnel in the Shopian district of Kashmir, killing and wounding a number of them.

Police forces in Kashmir reported firefights on May 9 and 11, saying that arms and ammunition had been recovered. Independent press reports said that there was a gun fight in Shopian and one Islamic State Jammu and Kashmir (ISJK) terrorist was killed. Security forces also clashed with unidentified terrorists in Shopian in early May.

The Islamic State has long had its eye on Kashmir and its loyalists have been linked to small-scale attacks in the region.

The thirteenth issue of Dabiq magazine, released in early 2016, included an interview with Hāfidh Sa’īd Khan, the head of Wilayat Khorasan at the time. Khan criticized Pakistani intelligence for supposedly betraying the jihad in Kashmir. “Because of this, many of the people of Kashmir and the soldiers of the factions left and made hijrah to Wilāyat Khurāsān,” Khan said. “Thus, there’s a big opportunity, with Allah’s permission, to establish the religion of Allah there and for the Islamic State to expand to it.”

Khan added that there were “specific arrangements in those regions and the Muslims will soon hear pleasant news about the Khilāfah’s expansion to those lands.”

The Islamic State has competed with al Qaeda for the loyalty of local fighters in Kashmir, but thus far there is no public indication that they have established major organizations. Though that could change. Both groups have criticized Pakistani-backed jihadist groups for supposedly adhering to a nationalist agenda, as opposed to fighting for the creation of an Islamic state governed according to sharia.

Earlier today, the Islamic State claimed responsibility for two operations in or near Quetta, Pakistan, saying that they were conducted by “Wilayat Pakistan.”

One of the attacks targeted the Pakistani police, while the other purportedly struck the Taliban. The Taliban is known to maintain a leadership cadre, commonly known as the Quetta Shura Taliban (QST), in the city. Both incidents were originally claimed by the Islamic State’s Amaq News Agency, but the jihadists then also released official claims of responsibility, labeling them as the work of Wilayat Pakistan.

The implication of the recent claims is that the Islamic State has established new arms in both Kashmir and Pakistan.

However, Wilayat Khorasan previously conducted a series of attacks in Pakistan, as well as some operations in Kashmir. The decision to claim the attacks as the work of new “provinces,” which were announced with little fanfare, does not mean that the Islamic State’s men have necessarily increased their operational capacity in those areas. They do not control any significant territory in either spot. The situation requires careful monitoring, however, as the jihadi scene is constantly evolving. 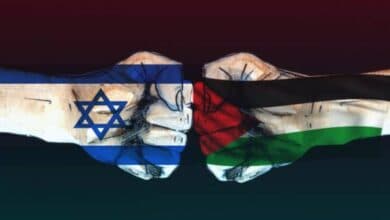