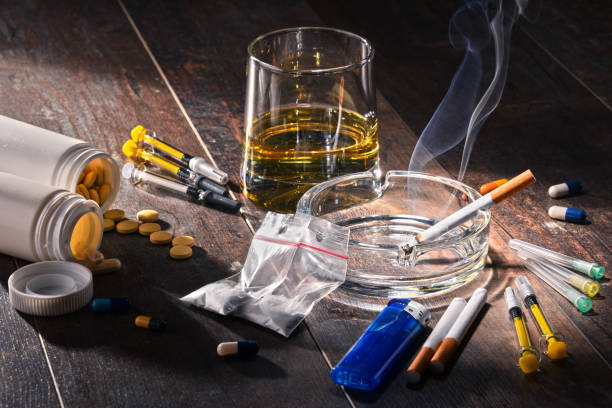 WHO (World Health Organization) SAYS “Smoking is one of the biggest public health threats that the world has ever faced Killing more than 7 Million people in a year”. According to ALA (American Lung Association) “Cigarettes contain 600 ingredients, when it gets burned it generates more than 7000 chemicals many of them are highly poisonous and at least 69 of them are directly linked with cancer”. WHO reports that “12% of world tobacco users are from India” From the above reports we could easily comprehend the importance of protecting Human beings from this most lethalous killer in the world. Smoking is the gateway for all types of tobacco and drugs.

Let us have a short look at its history. Cannabis was there before smoking tobacco in at least 5000 BC.Which was commonly consumed by the inhabitants of Middle Eastern countries. It was used with a pipe called `Hookah’. Smoking in India has been known since at least 2000BC at the time of Cannabis, mentioned in Vedas. Then after Cannabis Jean Nicotine introduced tobacco to France and then it had spread to all over the world, mainly to England then to all of its colonies including our India.

In India the upper class people had an important role in bringing this bad habit to us. During the 19th century, they had a fixed smoking room to have discussion on mundane matters. From these people it has spread to all sections of society. After the First World War itself women initiated smoking along with many other changes, then in the 1920s it was portrayed through Public meetings, TV advertisements, Films, dramas etc. So it got higher popularity and then the women in 20th century had no troubles in using tobacco in public. It is very sad to know according to the survey of 2011 that 18% Indian school students are Current smokers and more than 3200 people smoke their first cigarette.

It is also paramount to talk about its addiction and results. People are really addicted to its drug lies inside the cigarette called nicotine. It directly affects the nervous and brain system, so now the brain depends on nicotine so it is arduous to get rid of it for a regular smoker. The impact of smoking could be seen on almost all walks of life of the smoker. It affects physically, mentally, psychologically and spiritually. Usage of Nicotine fizzles to death for all internal organs especially it directly affects digestive, respiratory, cardiovascular, central nervous and immune systems. It also plays a vital role in stimulating mood like irritability, anxiety, depression etc. It is also the root cause for smelly hair and mouth, dry skin, impotent and yellowish teeth, tasteless tongue etc. Bronchitis, heart diseases, high cholesterol, blood clotting, blood cancer, neck cancer, head cancer, etc. Physical and mental effects in newborn babies are from the obnoxious effects of smoking.

WAY TO BE SAFE AND PROTECT OTHERS

There are lots of ways to quit smoking in front of us. The best way to quit I had seen is Cold Turkey. More than that lots of natural and scientific remedies are available, but it is too cumbersome to stop very fast but possible through slowly. The initial factor for a smoker who intends to quit is to be motivated by the facts of smoking and result. Then he should surround himself with supporters to achieve his goal. Then he has to do the replacement of nicotine therapy if he is much addicted and to stand away from all types of intoxicants. So that he will be culminated with the strong will power and flair in him.

Now let us have a look at views of religions on smoking. The tenth Guru of Sikhism has prohibited smoking in Sikh religion. Similarly, Rabbinic Responsa which constitutes a special class of rabbinic literature devoted to the exegesis of the Bible, the Mishnah, the Talmud, and halakha (the codes of Jewish religious law) also prohibit smoking for Jews as it is self-endangerment. Ashkenzai Haredi also called it an evil practice because it is self-endangerment and also asked his followers to be away from it.

Vaishnavas of ISKON by Bhativedanta Swami Prabhu Pada in 1966 prohibited using tobacco for Hindus. Major leaders of Hinduism have proclaimed the prohibition of tobacco unanimously in public as it affects others who are close to the smokers.

In Christianity, it is commonly known as a word of wisdom found in section 89 of doctrine and covenants and prohibits smoking. Buddha also strongly prohibited the use of drugs.

In Islam, which is the best practical religion I have ever seen in proclaiming the prohibition of drugs, strongly condemns tobacco with an utmost empasis. A Muslim is not allowed to meet a person with a bad smelly mouth. Islam strictly prohibits using tobaccos and self-endangering products as evidenced in the holy Quran (2/196).

LET US UNITE AGAINST DRUGS!

It is patently clear now that self-endangering products are not supported by any faith tradition. Thus, it is imperative for us in India with different diversities to unite for redefining our oblivious countrymen to a blooming India and to keep our new generations, brothers and sisters protected. Let it begin with your smiling face and pulverizing words. 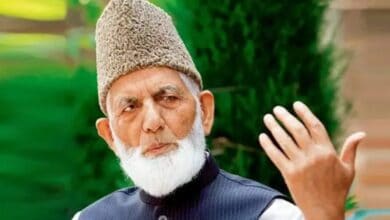 Geelani laid to rest: Who Was He and What He Gave to the Kashmiri Youth?