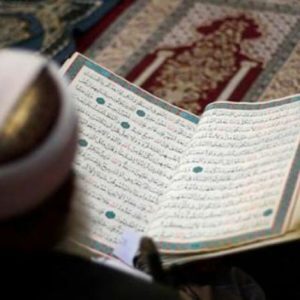 here have been two diametrically different beliefs and practices within Islam — Wahdat-ul-Wajud (unity of existence) and al-Wala wal Bar’a (loyalty and disavowal). The earlier stresses that all creations are one family of God, who is al-wadud, all-embracing and all-loving. But the latter buttresses that merely having faith in God is not sufficient. One has to show loyalty to some people and disavowal towards others for the sake of God. While the earlier teaches “mercy for all and malice towards none”, the latter urges one to harbour animosity against certain people. This is precisely what al-Wala wal Bar’a implies. But Wahdat-ul-Wajud demonstrates that everything in the universe is a reflection of the divine unity. It reinforces that whatever exists in the universe is one or the other aspect of God’s existence diffused through different things. It focuses on the divine attribute of al-wadud, which shows that God is oft-loving and all-embracing. Therefore, those who profess and practice Wahdat-ul-Wajud, embrace a world of differing religions.

Wahdat-ul-Wajud states that God’s eternal beauty is omnipresent and the rest of universal existence is its dim reflection. But this mystical view does not reduce God to anything relating to this world of matter. It rather asserts that God remains himself — the absolute, transcendent supreme being — but everything else that exists in the universe resembles his beauty. Jalaluddin Rumi, the Sufi poet and practitioner of Wahdat-ul-Wajud, writes in his Masnavi — the most influential Sufi poem ever written, often called “the Quran in Persian”: “In this world, there are stairs that stretch to the heavens step by step. For every group there is a separate stair. For every walk of life, there is a different sky to which they ascend.”

Once, Mevlana Rumi proclaimed: “I am with all 73 different sects.” This appeared to relate to the famous Islamic prophecy that “the Muslim ummah will split into 73 sects; one will enter the heaven and the 72 will be in hell.” The Islamic jurist in Turkey’s Konya at that time, Qazi Siraj al-Din, was opposed to Rumi and his mystical ideas. To smear Rumi’s reputation among the people, Qazi asked him which sect was the true one, and why he had proclaimed that he was with all 73 creeds. Rumi accepted what he had proclaimed. Qazi then tried to insult, slur and discredit Rumi in public. Rumi passed a smile at him and said: “In spite of all this insult to me, I am also with you.”