Hatred, and even horrific violence, between rival groups of religionists, each of which claims that their religion is the best, or the truest, or even the only one chosen by God, has characterised much of the history of humankind. Reflecting on these vicious conflicts, we might sometimes be led to ask ourselves, “If there is really just one true way to God, as some religionists claim, why couldn’t God have spared humanity all of this torment by making it clear to all of us what that way is? How many wars and how much strife in the name of religion that one step might have avoided! Surely, God, being all-powerful, had the power to do that if He wished!”

Ruminating on the issue deeper, we might also muse, “They say God is all-loving, that He loves us immensely. If that is true, surely God, in His love for us, could have made the truth clearly known to all people so that they could live amicably and not quarrel with each other, each claiming their religion is the best. But He didn’t do that, as a result of which millions of innocent lives have been lost and millions more have had their minds bitterly poisoned because of conflicts between different groups of religionists, each adamant about their own truth-claims.” 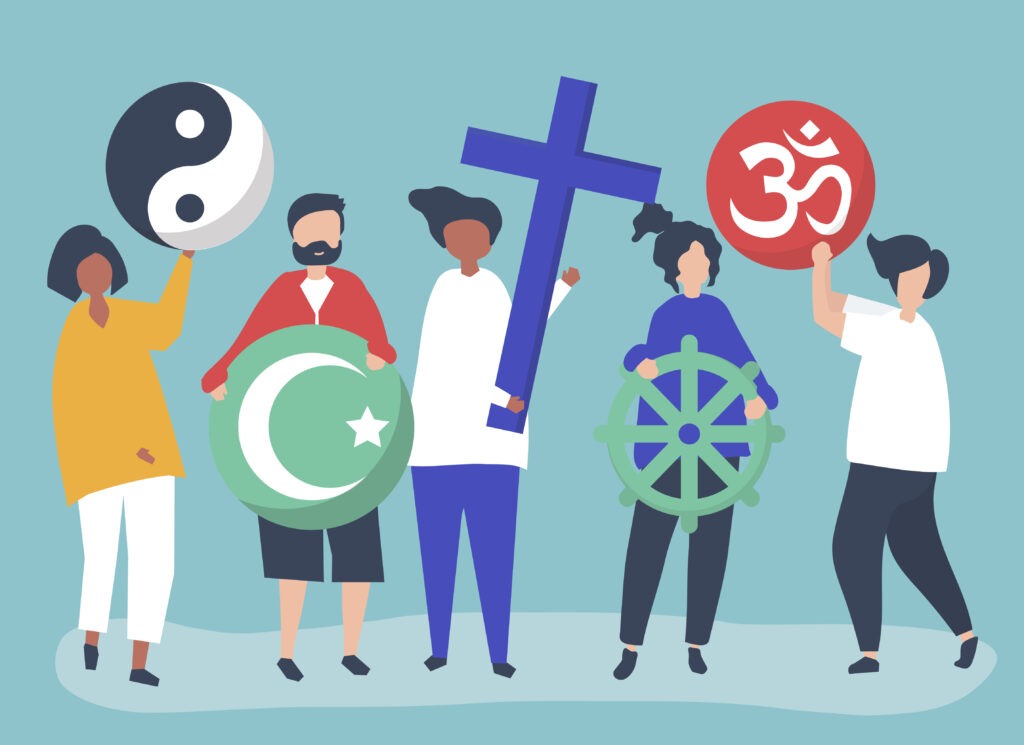 Why the all-powerful and all-loving God has allowed, or perhaps even arranged, for a multiplicity of religions can thus seem a very perplexing issue for many of us who are pained at the conflicts that have raged in the name of religion.

We might think that life would have been ever so much easier and harmonious if things had been otherwise, sparing human beings unimaginable horrors in the name of God and religion that have been such a marked phenomenon of human history.

Now, I do not know God’s mind, so I have no idea why in this matter (as in many others) God chose to do things the way He did—why He allowed, or even perhaps arranged, for a multiplicity of religions. But what I do know is that the multiplicity of religions, each with their own unique set of truth-claims, is an empirical fact. I do not know the why of it, but I do know that it is an undeniable reality.

Now, pained at the horrific conflicts that have resulted from this phenomenon, one might respond in two very different ways. One way is to bemoan the phenomenon of the multiplicity of religions or to wish it did not exist. One could tot up a long list of terrible things that have happened because of it and even get upset with the way God has arranged for things in this world of His.

But there is a second way one could respond. One could train one’s mind to discover the ample goodness that inheres in the phenomenon and speculate that this might well be a reason for why God has allowed a multiplicity of religions to exist, each with their unique features.

Finding goodness in multiple religions is something that I can testify to from my own experience.

I was born in a family only very nominally religious. This turned out to be a great blessing, because as a result, I was not conditioned (or brainwashed) to believe in a particular religion at a young age. My upbringing was very ‘interfaith’, or even ‘transfaith’ if you like: I had relatives, teachers and friends from many different religious backgrounds.

In part because of my childhood experiences, later on in life I could easily connect with people from every sort of religious, cultural and ethnic background. Although I do not identify exclusively with any religion, and nor do I consider myself a member of any religious community, I am able to appreciate goodness in diverse religions and in people who follow, or claim to follow, different faiths. Over the decades, I have had the good fortune of connecting with numerous people of faith from various religious backgrounds from different parts of the world. While I do not agree with all their religious beliefs and would not endorse some of their practices, I can confidently say that I have discerned much good in their religious traditions and in their lives. I have adopted some of the good things that I have learnt from them myself, which has helped me grow as a person. I definitely wouldn’t be the person I am now were it not for them.

It was perhaps from some nuns of Catholic background that I had my first exposure to a very different way of living—living for others, for the lost and forlorn. Over the years, I have had the good fortune of meeting some really wonderful people of Christian background—kind, compassionate, cheerful and welcoming people. From them I have learnt many things, including the value of service and feeling one with all.

I have had the good fortune of having spent time with some people of Buddhist background from several parts of the world and I appreciate the goodness that was very apparent in them. It was after I attended a course based on a Buddhist way of meditation that I learnt the value of silence. Prior to that, I had absolutely no idea of how important silence is. Reading some Buddhist texts helped me develop a better understanding of how to respond to challenges in life. Attending services at a Buddhist temple, I learnt about metta meditation—sending loving-kindness to all people, including people one might dislike. One can send metta to animals, trees and birds too! Sending metta to all sentient beings is an amazingly transformative concept that I had never heard of before and that I now recognise as one great thing every person can do to contribute to world peace.

It was at a centre established many decades ago by a spiritual teacher of Hindu background that I learnt a spiritual practice that I continue with even today—chanting one or the other of God’s many Names. I have visited this centre numerous times. I have had the good fortune of meeting the present head of the centre on several occasions and benefitting from his love, kindness and wisdom. One great feature of the centre is that it is engaged in various forms of social service, the beneficiaries of which include people from different religious backgrounds.

Numerous visits to a Gurdwara have afforded me the opportunity to observe some great things in the Sikh tradition: the importance of service; looking on all beings with an equal eye, going beyond distinctions of religion and caste; the uplifting power of spiritual music; and a spirituality that is based on cheerfulness and a sense of the oneness that connects all beings.

I have had numerous friends from Muslim background, and from them I have learnt several good things. The concept of zakat in Islam is one, God-consciousness is another. I have read many books on Sufism, and I find many things about Sufi spirituality very beautiful.

I have been fortunate to be able to interact with some people of Jewish background who have impressed me with their kindness. One of these, a French woman, a mother and a scholar, is one of the most socially-engaged people I have ever met. She has been deeply involved in helping suffering humanity in conflict-situations, from Bosnia to Afghanistan. Another person of Jewish background whom I know (but have never met—he is an ‘online friend’) is a Rabbi from America who is passionately engaged in work for interfaith harmony and dialogue, which is surely one of the most important tasks to do in the world today. I suppose the concern to alleviate human misery of both these people has something to do with the Jewish faith or the historical experience of the Jewish people.

To summarise, from the different faith traditions and their votaries that I have had the good fortune of coming in contact with over the years, I have found goodness manifesting itself in different ways (I want to focus in this essay on the positive aspects). In one particular religious tradition as it has come to be historically developed, a certain manifestation of goodness may be more prominent, while another such tradition might give more stress to a different manifestation or aspect. Thus, for instance, in one religious tradition, God-consciousness may be given great prominence, while in another tradition, service of the needy or compassion for animals may be given more importance. Care for the environment might be something that is of particular importance in a third tradition. And so on.

Seen in this way, rather than being thought as a big burden, the multiplicity of religions can be regarded as a great blessing! 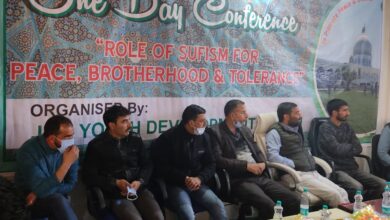