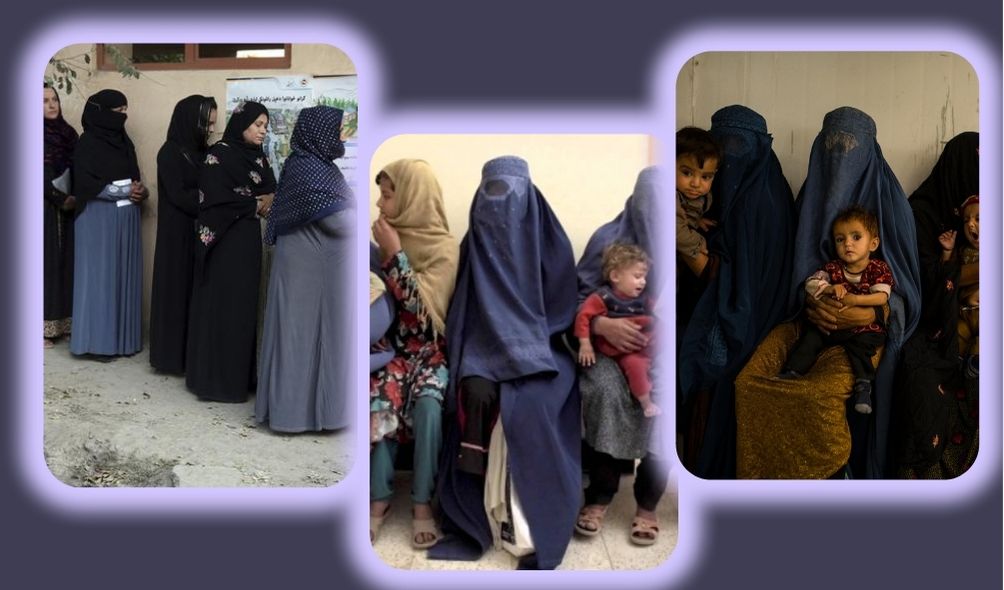 Women are considered comprehensive base of society as every individual in the globe whether politician, socialist, economist, geologist, army and what not are the product of her. They innately possess the influence of nourishment of the children into globally comprehended behaviors that lead their future and successful life. Every worldly religion delivers due respect to women merely their tireless efforts invested into the fostering of the children subsequently, we must collectively comprehend the matter and share their due right intended to veneration and admiration. Doubtlessly experience of woman empowerment and development in each and every field can be globally felt and dealt. Politically women are progressing in leaps and bounds as the prime minister of Jacinda Andern is its vivid example at present and Indira Gandhi in past. Judiciously women are deprived of their proper rights and subjected as well subjugated in powers invested into men. Not considered, even in a single field of life, equal to men nevertheless they demonstrate and grab it as suffrage in Saudi Arabia. Markande Katju, former chief justice of India, firmly proclaim to behave and consider women equal to men in every walks of life especially in Afghanistan where woman are facing no said situations.

Taliban has terrified whole nation after its capture of capital ‘Kabul’ especially woman as they will be deprived of up to date constitutional freedom nevertheless will have to consent the conservative rules of Taliban. Different videos provide petrified scenes of falling individuals from plane. Afghani citizen are incompetent to get satisfied asylum but trepidations and revulsions follow them. Taliban, the terror offshoot of Afghanistan, has come to illegal power by force while economist turned politician Ashraf Ghani fled to United Arab Emirate which accepted him merely on humanitarian foundations.

Following the capture of Kabul, Taliban confronted the press conference explaining the key points inclusive of woman rights. Taliban proclaimed in press conference that they do not seek revenge and everyone is safe as well forgiven, they will honor women’s right but within the norms of Islamic law, they want private media to remain independent but the media should not work against national interest additionally they acknowledged two very significant themes regarding the nation that primarily Afghanistan will not allow itself to harbor anyone targeting other nation secondly Afghanistan will be a narcotics-free country.

Historically members of Taliban were the Qazi (Justice) of different parts of state dating back to the soviet war thus they might understand constitutional and religious women rights well but to be practiced collectively (Magsaysay Winner Ravish Kumar – Prime Time). Present Taliban turned to heavier authority only after 2004 those were collaborators and partners of Mujahideen in soviet war of 1990s. Taliban spread in Afghanistan because of Mujahideen as they maltreated and abused tender aged girls as well women. Women collectively rushed to courts where these Qazies were serving as officials for solutions. Increasing number of rapes and maltreat of women by Mujahideen, Qazies as serving official were forced to confront and eradicate Mujahideen in a systemic organization later known as Taliban (Magsaysay Winner Ravish Kumar – Prime Time).

Taliban has provided security and safety to women in its first ever press conference but women did not feel protected and confident as they beg for relief and sustenance to developed and under developed countries.

Varinda Narain, senior Indian journalist, writes that even though Taliban has changed their stance over women rights their activities and latest struggles to commit numerous women to sexual slavery appear absolutely opposite. Furthermore he writes that Taliban has signaled rejection of woman education past the age of twelfth intended for circumvention of women employment and internally they reinstall the idea of women to be accompanied by guardians. Researcher, writers and analysis’s and everyone has shown their concern towards the women of Afghanistan.

Taliban has clearly pronounced that sharia laws will be strictly enacted while insubordinate and resisters if it was woman or men or anyone will have to taste the deliberated carnages. They have only proclamations but no practice as finding indicates in relation to women, Ateemah, an Afghani citizen living in Delhi, said about the atrocities carried out on women “women are kidnapped, they (the Taliban) keep women for themselves, they marry them. They rape them. Women are gang raped. Taliban are no humans. Women are forced to be in home nevertheless covered with complete Burqa, appearance of a slight part of body may drag them in trouble as well accompanied too. They would never be as free as before Taliban. Never to be employed and educated past the age of twelfth nut in boundary of sharia law. No constitutional rights to women nevertheless conservative Islamic dogmas to be developed for them.

Reports indicate that Taliban has dramatically transformed itself. Different views are being read out in relation to modernization and medication of Taliban. Markandey Katju in his article ‘disillusion yourself about the Talibans’ claim that “people are saying that today’s Taliban is different from the old Taliban. They are referring to some recent statements of Taliban spokesperson that all will be safe under Taliban rule specially woman and tender age girls additionally people are saying that since the Taliban are no longer fighters but now are in government they will be more responsible. All this is day dreaming. Scott Neuman has written in his article titled ‘The Taliban Say they’ve Change, Experts aren’t buying it’ that they have modified and altered themselves following the experiences in war with America methodically but not ideologically. Saphora Smith verbalizes that Taliban has not been changed in any aspect but only they wish the world to think so specifically Taliban did not changed its philosophy women empowerment and its betterment.

Comparatively Taliban has changed himself in some walks of life. Today’s Taliban and Taliban of 1996 are completely somehow different. How Taliban can be same following the passage of twenty years while government of Afghanistan has been reformed melodramatically? Socially it is proven that opponent develop better than enemy. It depends upon the progress and improvement, is it really enhanced or not? Taliban of 1996 was more brutal than today’s as we can experience through their rules and regulations enacted in 1990s. Referring the article of Sujay Bhattacharya we can easily understand the matter of Taliban alteration and modification because Taliban of 1996 had put complete ban on following issues for women.

Recent Taliban press conferences indicate towards the permission of women higher education and employment but with sharia boundary.  In 1996, women were completely prohibited from education and any kind of employment. Taliban has changed its mind with the sound of modern technology and experience of its own country and American war.

In nutshell, women are to be behaved equal to men and given respect as well. Taliban has methodically changed following the extreme war experience of America and Soviet. Ideologically and philosophically Taliban is still standing on its long back dogmas and principles.

Md Naushad Ansari is a lecturer at Assam Campus of Darul Huda Islamic University. He has written and puiblished numerous articles in English and Urdu. He is currently pursuing Post-Graduation in Sociology from Indira Gandhi National Open University.

Raksha Bandhan and "Sila Rahmi" (strengthening the ties of kinship)