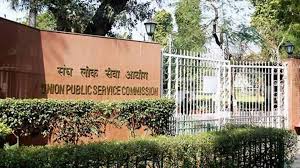 New Delhi: Tayyab Pathan, 24, moved from Marathwada in Maharashtra to Delhi a few months ago to prepare for the Union Public Service Commission (UPSC) test. A talented mechanical engineer, Pathan got a cushy placement in college, but declined it so he could join the prestigious civil services of the country.

Although nearly 15% of India’s population, Muslims have been severely under-represented in the civil service — last year, only about 5% of successful UPSC candidates were Muslim, and even this was an improvement from previous years.

“Muslims in every field in India are underrepresented … be it MBBS, engineering, politics, law — the number of Muslims in any field does not match the Muslim population. UPSC is no exception,’ said Pathan.

“But they’re beginning to adjust. Many Muslims are now coming forward to take the UPSC exam and many of them are clearing it up too. We have more role models inside the community now.

Pathan’s arguement is corroborated by numbers. In 2017, and then again in 2018, more than 50 Muslim candidates cleared the UPSC exam for the first time in history.

“UPSC is an institution which plays a level playing field. Whatever politicians say these days, UPSC does not discriminate, so it is important that Muslims come forward and make use of it too, “Pathan said.

It is a feeling that finds resonance among several community people at a time when the political discourse of the country has become more and more polarized along religious lines.

“The UPSC is a fair institution, so at a time when there is talk of Ram Mandir, lynchings, etc., rather than complaining about the deterioration of the country’s political discourse, Muslims need to see how best they can make a claim to power,” said Zafar Sareshwala, former Maulana Azad National Urdu University vice-chancellor, Hyderabad.

Sareshwala had said in an earlier interview to ThePrint: “I say to people in my community, don’t run after parties that don’t give you tickets. Work hard and get selected instead (to have a share in power) in competitive exams like the UPSC.’

There are several coaching centres across the country that offer free or subsidized coaching for Muslim candidates only, such as the Hamdard Study Circle, Aaghaz Foundation, Larkspur House, etc.

Zakat Foundation in the capital, which has groomed 26 of the 51 Muslim candidates who cleared this year’s UPSC exam, is at the forefront of this effort to bring more Muslim voices into the corridors of power in Delhi.

“Let’s admit it, despite this government, we were able to do this, and not because of it,” Mahmood, a retired IAS officer and member of the Sachar Committee in 1977, told ThePrint.

The Sachar Committee report submitted in 2006 emphasized the need to bring more Muslims into governance, as at the time only 3% of IAS officers, 1.8% of IFS officers and 4% of IPS officers were Muslims, while their population was 13.4% according to the 2001 Census.

Why it’s necessary to increase representation ?

Mahmood, who finds the country’s political debate increasingly divided like many educated Muslims in India, calls the civil service the “steel frame” that can give Muslims a reasonable chance to be part of the country’s governance system.

Asked how Muslim representation assists in empowerment of the community, Mahmood recalled an anecdote.

“I was posted at Faizabad for one year in 1985. On my last day, a bearded, skull cap-wearing Muslim businessman came to my office to thank me,” he said.

“During my one-year stint, I had never even met him so I was surprised why he wanted to thank me. But when I asked him, he told me, ‘Your staff said the day you came here, ‘Mullah ji, ab aapka kaam ho jaya karega’

“This is the sort of psychological effect that has influence in the bureaucracy… There is a sense of confidence among community members,” Mahmood said.

“It also has an impact on hindus. Even if there is one muslim listening, for example, his presence alters the style of comments.

As of April 2018 , according to data assessed by ThePrint, no more than 1.33 per cent of Central Government officials holding the rank of joint secretary and above are Muslims. There was only one additional Muslim rank officer in the Centre, and no rank officer who was Muslim was a secretary.

“But one can’t say that’s because the system has been biased against Muslims … even Muslims haven’t taken public services as seriously as they should and this needs to improve,” Mahmood said.

“There are two reasons for that. One, there is a general lack of understanding in the population, and two, as there is disillusionment and a sense of injustice, there is a loss of trust within the system. However, this is not real, because the UPSC is very, very good.

Pathan, the 24-year-old aspirant, has agreed: “Politics and administration differ. Politics is tilted toward the Muslims, not the government. And more and more Muslim youth should recognize the difference and understand it.

For Shah Faesal, the vocal Jammu and Kashmir IAS officer who became the first from the state to top the civil service examination in 2009, it’s just a matter of seeking to claim one’s constitutional entitlement and rights.

“To all the people of this county, our Constitution promises equal opportunities. But unless we look for those possibilities, we’re not going to get there,’ he said.

“Muslims themselves, like any other population group, must ensure they are not left out of the country’s governance structures.”