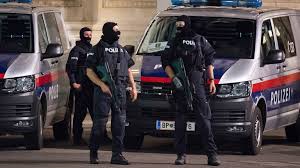 n October 29, the man who murdered three people in a church in Nice, France, shouted Allahu Akbar (God is great) while assaulting people with a knife. Most terrorists shout the word Allahu Akbar when conducting their plan of violence to take revenge. Naturally, people who love peace are forced to wonder how the religions that are supposed to make people moral, altruistic and compassionate become sources of hate, retribution and violence? In the name of God and religion, why do individuals commit murder?

On the heels of the brutal killings in France, a terrorist attack took place in Vienna on 2 November, killing four people and seriously injuring many others. Multiple shootings have taken place, according to media reports, suggesting that more than one person was involved in the attack.

The violent killings by Islamic extremists twice in the month of October shocked the French people. Samuel Paty, a school teacher, was beheaded by a suspected Islamist radical of Chechnya origin on October 16, and the second killing took place on October 29. The supposed offence to Muslim religious feelings was the justification for the killing of Samuel Paty because the teacher had shown his students in the class the controversial cartoons of the Prophet Mohammed previously published by the satirical magazine Charlie Hebdo.

Emmanuel Macron, the French president, denounced the murder and strongly defended free expression. He said, “We accept all differences in a spirit of peace. We will never accept hate speech and we defend reasonable debate. We will continue. We always stand on the side of human dignity and universal values.” The French president also reiterated his devotion to defending democracy after the second murder. “I consider it our duty to protect our freedoms and our rights”, he said in an interview with Qatar-based TV channel Al-Jazeera. “I can understand that people could be shocked by the caricatures but I will never accept that violence can be justified”, he added.

Instead of condemning the murder some leaders of Islamic countries made disgusting statements against France. Former Malaysian Prime Minister Mahathir Mohammed claimed Muslims had “a right to be angry and kill millions of French people for the massacres of the past”. The Turkish Prime Minister Erdogan has called for a boycott of French products. In many Muslim countries, this was echoed in the demonstrations against France. Some misguided Muslim leaders have also held protest rallies against the French President in various places in India.

It is heartening and inspiring to note that not only did many Muslim intellectuals, writers and activists strongly condemn the murder, but they also criticised the Muslim leaders who justified the murder and protested against the stand of the French President. Convenor Javed Anand said at a webinar of the Indian Muslims for Secular Democracy, “We are here to condemn in unequivocal terms, no ifs and buts, not only the person responsible for this barbaric act, but all those who played some role in instigating the crime as well as all those who try to justify it.” He also called for ”the abolition of apostasy and the banishment of blasphemy anywhere and everywhere across the world”. Activist Feroze Mithiborwala said, “It’s high time religious people realised one basic truth: every religious text and tradition is offensive, blasphemous and heretical to the followers of other sects and religions.”

The Indian government condemned not only the terrorist attacks, but also deplored the French President’s personal attacks. A statement by the Foreign Ministry stated that “personal attacks against President Emmanuel Macron in unacceptable language violate the most basic norms of international discourse.” The BJP government at the Centre should have reminded itself that while expressing solidarity with France, it also neglected to take action against those who indulged in violence infused with religion, such as lynching innocent people by cow vigilantes and hate speech by their supporters. By not taking action against hate mongers, India’s government is indirectly encouraging extremism based on religion. 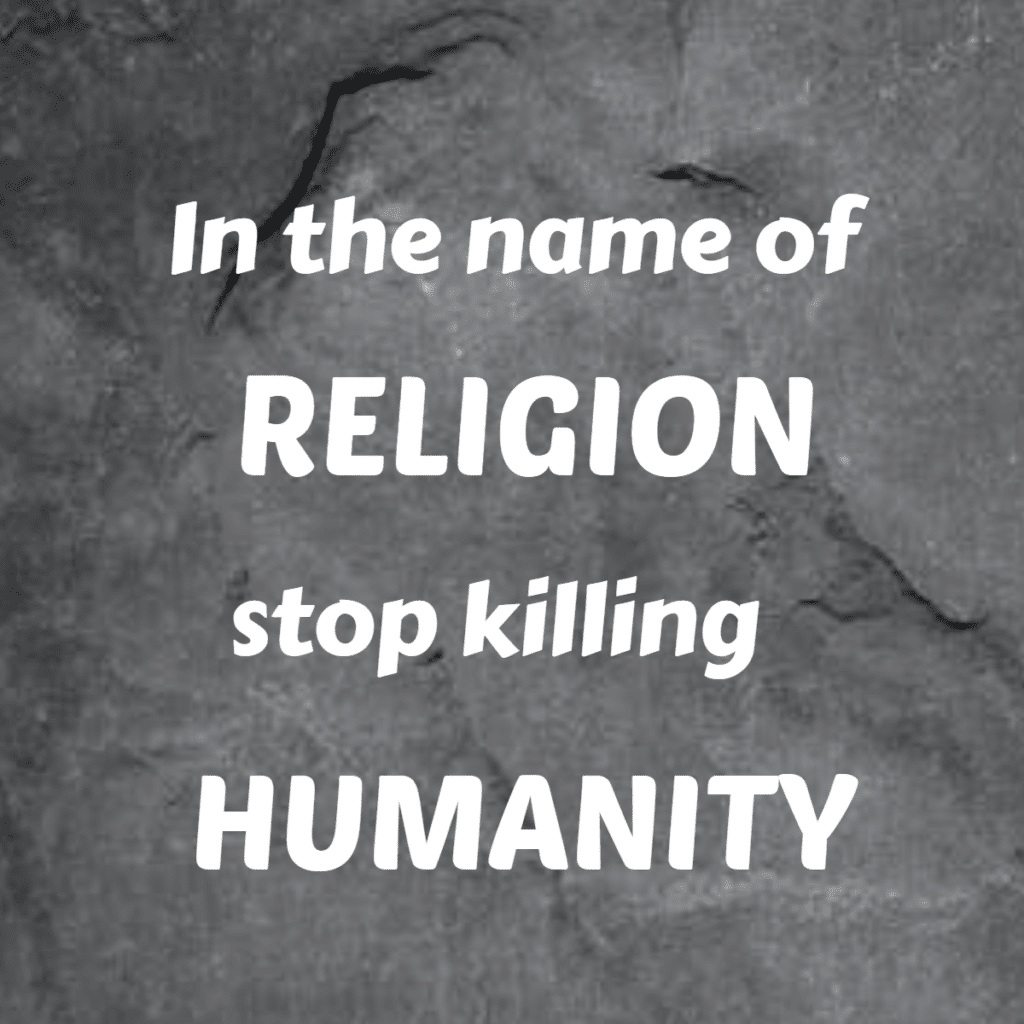 It is often found that young people are the majority of the people involved in religious extremism. The one who had Samuel Paty beheaded was just 18 years old. By showing the controversial Prophet Mohammad cartoon, he took revenge against the teacher for offending his God. Under Islamic law, which is widespread in some countries, the penalty for blasphemy is beheading. That may be the reason why the young man, instead of shooting him, beheaded the teacher. Pope Francis in the encyclical, Fratelli Tutti states very boldly, “God, the almighty, has no need to be defended by anyone and does not want his name to be used to terrorize people”

In his article entitled “Charlie Hebdo Cartoons and Blasphemy Laws in Contemporary Times,” Dr. Ram Puniyani notes that there was no blasphemy law in Islam until two centuries after Prophet Mohammad. It came during the reign of the Abbasid dynasty, at the beginning of the 9th century. It was to strengthen the hold on power of the ruling dynasty. Dictators like Zia UL Haq of Pakistan have used it in recent times to legitimise his rule under the ‘Islamic State’ garb. This was the military dictatorship’s effort to expand its hold on society. Thus, rulers and political leaders have embraced religious extremism or fundamentalism to expand their grip over people by pandering to their religious sentiments.

Religious fundamentalism is political activism motivated by religion and it is commonly opposed to democracy, pluralism and liberty. This political activism takes the form of violence often. In India, cow vigilantism illustrates the violent form of religious fundamentalism. Another expression of the same phenomenon is hate speech against minorities. Many write-ups on the East Delhi community riots have revealed that the hate speech delivered by the leaders of the BJP sparked the violence.

Religious fundamentalism studies suggest its gradual evolution. It begins with the belief that “My religion is the only true religion or the best religion.” The second stage is the conviction that everything is perfect and sacrosanct in my faith and no one can doubt it. The third step is the assumption that I am bound by the duty of insiders or outsiders to protect it from any dilution or ridicule or caricature, even at the cost of my death and the death of others.I am offended if someone makes a negative comment about my religion, and even by using violence and murder, I will take revenge. There’s a very dangerous fourth step. At this point, ardent followers of a specific religion believe that all should embrace their religion and that violence is used for this reason. History is a witness to the brutality unleashed to convert citizens of other faiths by the followers of those religions.

In order to strengthen their hold on the people, politicians, particularly dictators and demagogues, use religious orthodoxy. By promoting and endorsing religious extremists, they become proponents of religious fundamentalism.

The rise of religious fundamentalism is a fact and has influenced and infected almost all religions, including Christianity, and many political leaders use it profusely. It has been a major obstacle to peace and prosperity in today’s society. All individuals, particularly Jesus’ followers who are called to be peacemakers, have a great duty to root out religious fanaticism. In eradicating religious fundamentalism, the first step is to distinguish between the primary and secondary elements of religion and to stick to the primary elements. The primary elements or the essentials are the core values taught by the religions.  Beliefs, symbols, rituals, rules, prayers etc. are the secondary components. Even the scriptures are just a way of expressing the fundamental principles. There are several variations of the same scripture that are considered true within the same religion by various sects. There are more than 40 versions of the Bible in the English language alone for example. With respect to the secondary elements of one’s religions, flexibility has to be there. Obsession with the secondary components may make a religious bigot of a person.

To the followers of other religions, the rituals of one religion may be offensive. In Islam, for instance, animal sacrifice is a holy rite; but for the followers of Jainism, Buddhism, and many Hindus, it is something abominable. Many Hindus believe in rebirth and in the next birth, a person may be born as an animal or even an insect, but for a Christian or Muslim or Jew, this is unthinkable. Religious co-existence includes tolerance of the so-called offensive practises of religions to a great degree. This is part of having respect for other religions.

Sensitivity to the traditions and beliefs of people belonging to other religions is the third prerequisite or facilitative feature. For instance, I like eating beef and I have the freedom to eat the kind of food I like as a citizen of India. If I live among the Hindus or Jains for whom eating beef is something abominable, taking into account their sensibilities, I would avoid eating beef. This will certainly lead to a better understanding of harmony among the followers of various faiths.

Mutual appreciation is the fourth facilitating factor. There are several ennobling features in all religions, since the fundamental beliefs of all faiths are more or less the same. There must be a desire to learn about other religions and this will free one from prejudices and encourage him/her to understand elements that can enhance his/her own faith. Using passages for reflection and prayer from different religious scriptures, celebrating festivals of different religions, showing quotes from different scriptures in public institutions may be an antidote to religious fanaticism.

A firm commitment to fostering peace may be the fifth factor. Global military spending has been about $1.7 trillion annually since 2009, according to the European Community. In 2018, the USA, China, Saudi Arabia, India and France, which together account for 60 percent of global military spending, were the top five military spenders. A better peaceful climate among nations would dramatically reduce military spending and thus saved funds could be used for their people’s growth.

The Catholic Church, influenced by Pope Francis, responds to religious fanaticism by committing itself to building peace through understanding and collaboration with other faiths. In all their apostolic activities, let all the dioceses and religious congregations in India make the building of peace their top priority. In the Encyclical Fratelli Tutti, Pope Francis encourages religious leaders “to adopt a culture of dialogue as the path, mutual cooperation as the code of conduct, reciprocal understanding as the method and standard,” as a means of building fraternity.

How India emerged as Global Pharmacy for the Gulf, and how UAE supported India during Covid peak for LPG!