The Association for the Defending Victims of Terrorism public relations – the meeting of “religions against extremism” with the aim of clarifying the fact that there is no nexus between religions and terrorism was held at the University of Religions in cooperation with the University of Religions and Denominations and the Cultural Center of Melal, attended by professors, human rights experts and families of martyrs of terrorism on the occasion of “A world against violence and violent extremism.”

At the beginning of the meeting, some sentences from the holy books of the religions of the world about avoiding violence and extremism were read. 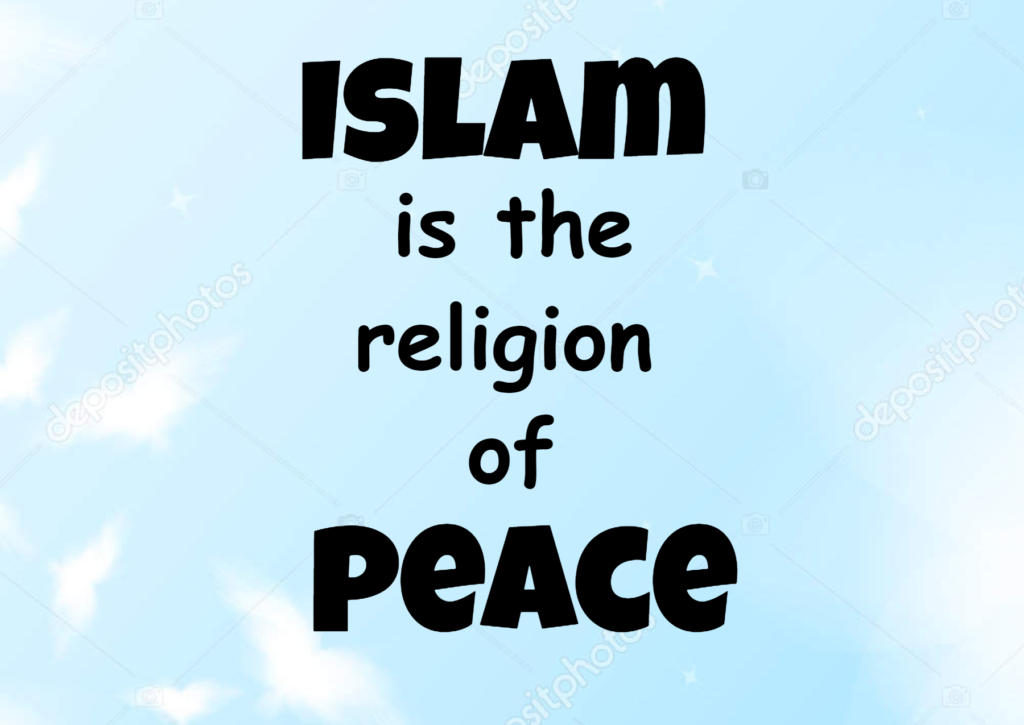 The president of the University of Religions Denominations continued to say, “Religion has come to alleviate human suffering. Islam has nothing to do with sedition and terrorism. Religious leaders and even their young children are all victims of terrorism.” He continued, “Islam has nothing to do with the terrorist operations that we have witnessed in recent years in Iran and other parts of the world.”

Hojjat al-Eslam Nawab added, “We must rely on religious commonalities. Islam emphasizes dialogue so much that it says in Surah Al-Saba that either we are both misguided or both are guided. He continued, “Three things in Islam are the principles: God, Quran and the Prophet. The God of Islam, who is Merciful and Compassionate. His book, Quran, shows the way to have a good life, and its prophet is a mercy for the worlds.

The President of the University of Religions and Denominations concluded, “The Prophet of Islam has come to untie the chains and remove all sufferings of humanity.

The most important common principle of Prophets is that the ideal is ‘peace’……..

Zoroastrian priest Pedram Soroushpour, a member of the board of directors of the Iranian Zoroastrian Priests Association, said at the beginning of his speech, “In order to achieve the ideal world and the divine truth, we must unite and work together, and in order to work together, we need to rely on commonalities. Lack of a common voice leads to the abuse of religion, and if there is a consensus, no one will undermine religion in the name of religion.” He continued, “In this regard, we must gather around God, the Prophet and the resurrection.”

He added, “One of the most important common principles of the prophets is that their ideal is peace and one whose ideal is peace, therefore, cannot attribute himself to war.”

The member of the board of directors of the Iranian Zoroastrian Priests Association continued, “According to the Zoroastrian religion, Ahuramazda asked the truth and good thought to help his prophet in the way of religion. For this reason, good thinking and awareness and informing is one of the deeds of the prophets. He continued: “All the prophets of religions were modern in their time and created a new world, and it is untrue to call religion today as a manifestation of violence, antiquity and dogmatism.”

He added, “I respect this meeting and I hope we will reach a stage where we will enter the practical stage, that is, it will become seminars that will take place in the context of freedom and dialogue, and we will discuss commonalities in it.”

He said at the end, “We must support each other. As long as religions do not reach a common voice, the grounds for abusing religions will exist and we will move away from those ideals.

It is only a false faiths or religions that can justify any use of force, fear and terror…………….

Lawrence Twaddle, Minister at The Calvin Auditoire at Geneva said, “There are those who support terror and use religious justification for doing so, but could not understand that their argument is contradictory and that others are paying a terrible price. From the Judeo-Christian teachings we learn that God is on the side of widows, orphans, the oppressed, the weak, the hungry, and the vulnerable.

Wars are more about winners and losers than right and wrong. Truth is usually the first causality of war. We can say for sure that God of love is on our side.

What should we do when we hear about ethnic cleansing, genocide and the use of chemical weapons, while governments pay little attention to the truth? Should we just wait and hope things get better?

One of our problems is war in the name of religions. Religion and violence are not compatible. War and bloodshed are not the way of the true religion. It is only a forged faith that can justify any use of force, fear and terror. 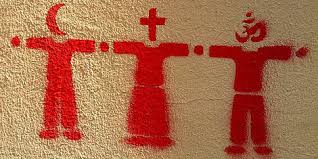 These are the people who resort to violence for any reason, which may be political, cultural, historical or religious. And sometimes it is over oil or water. As a result, the innocent are killed.

How dare some people undermine the meaning of religious faith in order to sanctify their deeds? Whatever you want to call it, but do not call it religion.

We must distinguish between those who consider themselves the rulers and interpreters of religion and what really exists in that religion.

Dr. Seyyed Mohammad Rouhani, member of the faculty of the Department of Religions and Spirituality, Faculty of Spirituality of the University of Religions and Denominations, stated that extremism and unwarranted ethnic, racial, class, political, ideological and religious prejudices have arisen for many years all over the world and It gets more dangerous when is justified in the name of religion.

A person who believes that he will be rewarded in the Hereafter for his deeds against his nature and conscience, and if he is killed in this way, he thinks he will be blessed certainly he will not commit such crimes if he did not have such beliefs.

The important point is that when you see a misinterpretation, you should not condemn that religion; you should condemn the case of misinterpretation. This is a point that causes misunderstanding between religions and violence. For example, a priest, a mullah, a Hojjat al-Islam, a rabbi in a church, a synagogue and a mosque say something, and some people think is related to the religion and start opposing that religion.

Therefore, we must distinguish between those who consider themselves the rulers and interpreters of religion and what really exists in that religion, and this prevents extremism, violence and creates peaceful coexistence.

An example of a pluralistic society that has been able to achieve a peaceful coexistence and avoid extremism and prejudice is the Indian subcontinent, where in 90% of cases there is no such conflict, assassination or bombing, and they have lived together for centuries. If we examine this spirit of coexistence in the layers of Indian religions and denominations, we see that different religions in India emphasize on non-violence.

Religio-Fascists and Fundamentalists abuse religion as a tool……………

I will mention one or two examples in this regard. Jesus (PBUH) advises love, even to the enemy or in some cases to the rules of retribution, and says that you have heard that tooth to tooth, but I tell you, if someone slaps one side of your face, move the other side as well. These cases are for forgiveness.

The question is that how the divine religions, whose texts are full of advice for love and peace can lead to extremism and violence?

In the Christian world, if we want to say what caused this, we must say that the first factor is power-seeking, which causes violence, and we see a clear example of this during the Middle Ages in the Crusades.

The second factor is Absolutism and Exclusivism. When the Church historically claimed exclusivism and absolutism, it was natural that others would not accept it and have problems with it. There may also be problems in the other denominations of Christianity and the result can be seen in the 30-year wars.

The third factor is fundamentalism. It is a thought that has emerged in recent years; first in the Christian world and later in the Islamic world.

Mr. Iman Kurd, President of the Cultural Center of Melal, stated, “Violence, regardless of its historical, economic, political and psychological factors, is the result of a kind of logic that is heard today louder than ever in the group of all violent people with all ideological and political differences. And that logic is that:

“Whoever is not with us, he is against us”. It means that they have a very narrow circle and have the right to make any decision, to make their enemies surrender to their greed, or to destroy them, because they consider others as an enemies. The one who has power uses all of his power in this regard and the one who does not have power tries to obtain the means of power at any cost, and this is a terrible logic contrary to the logic that all the prophets of God, all the great religions and all the reformers preach.

Today, although violence, war and terror are widespread, fortunately we are witnessing the emergence of a common feeling all over the world.

There has never been a consensus on these matters in history:

1- Security is a universal and human matter; either it should be for everyone, or it will be nowhere,

3- Violence will be more destructive if it is sanctified,

4- The desired justice of a human being is lost. Unless it is stable and ubiquitous, waiting for a safe world will be a futile expectation,

The wickedness of the Hypocrites changed my life and left me alone in a wheelchair with a world of dreams.

The story of Ms. Golrokh Mehri, an Iranian Zoroastrian injured in a terrorist catastrophe by the Hypocrites (MEK), was broadcast in the webinar. She stated, “On 27 November 1981, at the peak of our happiness, the evilness of the Hypocrites changed my life and left me alone in a wheelchair with a world of dreams. It takes hours to express the troubles I have suffered until now.

Telling a small part of these facts can be effective in justifying public opinion and preventing the recurrence of such catastrophes, so I will suffice to say that I really endure an endless tragedy. Most importantly the truth is not clarified after 39 years. Why and who plotted and commanded and where are they today? I hope that the authorities, wherever they are, will hear our voice and take action to answer these questions.

Sistani and Bin Bayyah: The collaboration of the sane against extremism

Why We Must Celebrate the Birth of Hazrat Isaa A.S. (Jesus Christ pbuh)